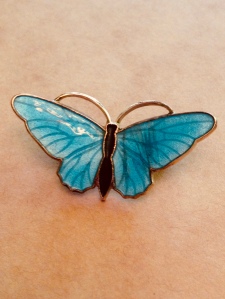 March is Women’s History Month in the U.S. and March 8th is International Women’s Day, a day whose roots stretch back to places across the globe beginning in the early part of the 20th century when the first such gathering was held on February 28, 1909 in NYC. Women took to the streets seeking basic civil rights such as the right to vote (check); better working conditions (check-lite); equal rights (working on it); and ending sex discrimination (very much still working on it), to name a few. We’ve been at it for awhile now, ladies, but hopefully it won’t take another 111+ years to get across the finish line.  Sadly, economists are now saying that Covid may set women back a decade or more.

Women already held more precarious positions in the work force — working fewer hours, for less money, with shorter tenures and in lower-ranking jobs than men. The loss of child care limited many working mothers’ hours and availability even further, meaning they were often the first to be selected for layoffs and unpaid leave, the report concluded. And it noted that many families appear to be deciding that if they need one parent to give up a job and prioritize child care, it should be the lower-paid parent — usually the mother.

Despite over a century of growth in the right direction, the ill wind known as Covid may have blown us here again, but take heart ladies, as there is one thing that cannot be taken from you and that is your education — and what you intend to do with it.

No one knew that better than the Italian innovator, Maria Montessori, a physician and educator who helped the cause for women immensely when on January 6, 1907 she opened the Casa dei Bambini — the Children’s House — in San Lorenzo, an inner-city district in Rome, for children aged seven and younger. Originally a daycare center, Casa dei Bambini evolved into an education center that would ultimately change the landscape of and traditional thinking behind teaching by developing the “Montessori Method,” a practice of instruction that adapted each child’s individual learning style in creating their curriculum. By letting the child lead, learning came more naturally to each because it was paired with the child’s own inherent learning abilities, allowing children to pursue what interested them, leading to success. Add self-assessment and self-correction as integral parts of the learning curriculum and the result is self-driven, self-aware, and smarter students.

Born to parents that believed strongly in education, Montessori’s own childhood was filled with museums, libraries and other places of learning, and as young as 13, she was breaking down traditional barriers by enrolling in an all-boys technical institute to study engineering. She later switched to medicine and after some false starts, graduated from medical school in Rome in 1896 as one of the city’s first female doctors. Perhaps it was her interest in psychiatry that ultimately led to adopting a manner of teaching that spoke to each child’s cognitive abilities and spurred Montessori to travel extensively in support of the Montessori Method, drafting adherents to the cause wherever she went, or perhaps she was just a natural born visionary and teacher.

My own godmother was not only a Montessori teacher, but a pioneer in women-owned businesses. In the late 1970’s she started her own Montessori school and ran it for decades. I remember as a kid being in awe of her multitasking abilities, raising a family of three children with her husband, himself a principal at an elementary school, while simultaneously running a business teaching other people’s children a new way of learning, to my mind the pinnacle of success. As both a career woman and smart momma — e.g., prepping meals on weekends for the week ahead as a time-saving measure — she empowered other women by example and she did it all before it became de rigueur.

At the turn of the 20th century, hotels, brothels, taverns, retail shops, and other service-oriented trades were the mainstay of the women-owned business, but after WWII, women started more diverse businesses, growing the list from about 600,000 in 1945 to over 1 million in 1950. By the 1980’s, women owned 25% of all small businesses.
Today, that number has risen to 40% and climbing which translates to 12.3 million women-owned businesses.

International Women’s Day may have started a century ago, but we still have a big hill to climb. Until women have equal pay, are represented equally in congress, until there are just as many women entering the workforce in STEM careers as there are men, and — this is the kicker — until we no longer need the #MeToo movement to help put an end to sexual discrimination in the workplace, we will remain vigilant and proactive, paying it both back and forward to our mothers and our daughters, and one of these years, we will laugh as the ill-winds pass us by since they will no longer hold sway over us.

Celebrate International Women’s Day by thanking the women you love.

Pam Lazos is an environmental lawyer with a passion for assuring access to clean water for all, a blogger, and author of the novel “Oil and Water”, about oil spills and green technology, and “Six Sisters”, a collection of novellas about the family ties that bind us.  She practices laughter daily.

Joanne Spigonardo Business Development Consultant Specializing in Sustainability, Higher Education, Career Management, and Public Relations In her former roles, Joanne served as Senior Associate Director at the Initiative for Global Environmental Leadership (IGEL) at Wharton. Joanne was also part of the Communications Office. She held positions as business manager of the Wharton Seminars for Business Journalists and for the Wharton Alumni Magazine. Joanne also served as the media relations coordinator. When with Alitalia Airlines, Joanne worked as a sales representative. Joanne graduated from The University of Pennsylvania with a BA and later graduated from the Wharton Aresty Institute of Executive Education. She has a strong background in development, management, marketing, and Italian language and culture. As a Wharton Mentor, she coached new employees on professional development, and is active in Penn’s Grievance panels. Joanne was on the board of governors for the University Club. Joanne is chair of the Delaware County Penn Alumni Interview Program and oversees alumni volunteers. As an alum of Penn and Wharton, and also a parent of two Penn graduates, she is a strong advocate in promoting Penn. At Wharton IGEL, Joanne had been in partnership with GreenBiz, Sustainable Brands, the Ethical Corporation, Pira Packaging International, Public Relations Society of America, the Green Sports Alliance, World Trade Center of Greater Philadelphia, the Italian Consulate, the Philadelphia Chamber of Commerce, the Sonoma County Winegrowers Association, and the Nature Conservancy, as well as, many other NGO and government offices. She has brokered hundreds of corporate relationships for Wharton. Joanne is the author of her book, White Widow, published on Kindle and Amazon. The book is a fictional novel about 19th-20th Century Italian immigrants. https://www.amazon.com/White-Widow-Joanne-Natale-Spigonardo/dp/B085DT65DB View more posts